Have you ever observed a sound? The question may seem incongruous, I agree, but if we « observe » a sound, or more precisely, its spectrum, we will see it as a shriveled cardiogram. A signal. With an average level, highs and lows. 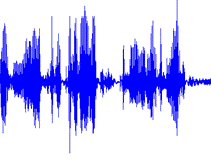 Example of a sound spectrum

Let’s keep in mind this spectrum, with its fluctuating amplitudes. If, by misfortune, one of them were to exceed a critical threshold, you would become completely deaf.

You may be resistant, resilient… but there are limits that cannot be crossed with impunity.

Resilience, according to Larousse, is in turn this capacity to resist shocks, traumas,external   disturbances, or a breakdown. In short, resilience is the ability to bend, without giving in.

But how do we measure it? By the limit, of course! European Union considers that a worker should not be exposed daily to noise of more than 85 dB. This is the limit that should not be exceeded. In a way, it is a measure of our resilience: beyond that, our hearing system is damaged.

To measure resilience, we need a limit… and a phenomenon! You and I are resilient up to 85 dB daily in terms of noise. Or up to a body temperature of 41°C … After that, it’s the end!

But here’s the thing: resilience is a concept that can be found everywhere, and in every field!

Let’s take the example of Switzerland and its formidable railway network. Any user can agree: the service is provided. The high speeds do not affect punctuality, and the network transports people from one end of the country to the other at (almost) any time of the day or night.

Our shock? A broken down train. An announcement here, a message there. Travelers change trains to get to their destination as quickly as possible. Nearly 92% of passengers arrive with less than 3 minutes delay, and only a handful of unlucky people miss their connection. A fine example of resilience: in the face of hazards, the network maintains its main function.

But should we stop there? Anyone living in Switzerland on November 10, 2021 will know the charming village of Tolochenaz. On that day, in the middle of one of the busiest sections of the country, with no bypass route, a hole formed between the tracks as a result of work. The line was almost completely interrupted and all national traffic was affected. Add to this the lack of mechanics to drive the trains, and the network faltered; it struggled to carry its users. The shock was too great, the resilience too weak. But should we point the finger at this system because it is not resilient to these combined events?

The art of the limit

It must be admitted that every system has its limits. The SBB network adapts well to train breakdowns, but poorly to holes in the network. The Internet is very resistant to random failures, and very little to targeted attacks. OVHcloud guarantees a service of up to 99.99% availability, but cannot withstand a fire.

And it is not a coincidence that the last 3 examples are highly technological! The last years of our history saw the advent of huge networks with fascinating properties: « scale-free » networks (see diagram below) made of few « hubs » (those hyperconnected elements like central stations or large internet routers) and many loosely connected nodes (small stations or personal computers). 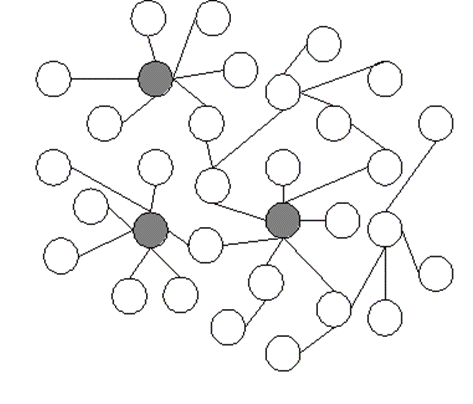 These networks, which can be found just about everywhere, are extremely resilient to random events: it is still possible to access information after a devastating storm. For example, you never realized how many servers fail every day, while so many others guarantee, 24/7, essential services to our daily life.

However, do these famous scale-free networks (rail, air, internet, mail, web, etc) make us invincible? Unfortunately not! And that’s the other side of the coin, they imply a particular sensitivity to targeted attacks… on these same hubs. Resilience is therefore the subtle art of pushing the limit… and above all, accepting it!

In fact, the notion of resilience has been chasing us for a long time (or maybe it’s us chasing it).

In 1668, La Fontaine already gave us a good lesson in resilience with his famous fable The Oak and the Reed. In it, he depicts an Oak tree, which laughs at the Reed because it bends at the slightest gust of wind. Our valiant and powerful companion ends up uprooted by a terrible north wind.

Moral of the story? A system, however robust it may be, has its own weaknesses and, we confronted to a shock, it might fail.

And all this for what?

It seems to be obvious that every system is fallible, and however resilient it may be, it is exposed to a definitive breakdown. Ecosystems, human societies or technological constructions, nothing escapes the rule.

So why not start thinking and designing our systems differently? Scientists are clear on the subject, our environment is changing and fast, too fast. So, the more resilient we become, the more likely we are not to give in to the next shock.

Because in the end, during a crisis, a breakdown, a shock, there is rarely only one system affected: the winners are therefore the most resilient ones… Provided, of course, that we keep in mind our Achilles heel!